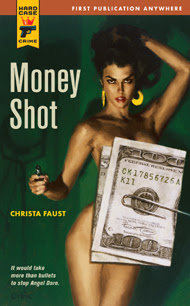 The revenge story, where an otherwise normal person becomes a hard nosed killer after suffering some grave injustice and somehow manages to stay one-step ahead of the authorities, can be entertaining and satisfying, if never quite believable. Angel Dare has her share of not-quite believable luck, such as instantly becoming unrecognizable to people who know her after shaving her head, but it’s never enough to overcome the momentum the story has. There are no lulls to give the reader the time to contemplate the implausibility of certain situations. Also, Angel is likeable enough, and the bad guys are vile enough that the reader will be rooting for her to get her revenge without worrying too much about reality.