I have been laughing about this all day

and thought I would share.
Posted by Nathan Cain at 6:40 PM No comments: 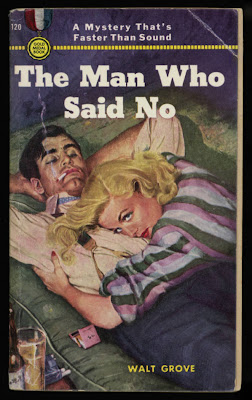 Faster than sound?
Posted by Nathan Cain at 7:00 AM No comments:

Good news. There's finally a place for the many, many women who want Anthony Neil Smith to leave his wife and run away with them to gather on the Internet. It's Bleak House's new message board (Evan Kilgore and Reed Farrell Coleman cyber-stalkers are also welcome). It's a one stop shop for discussing Bleak House's ridiculously strong front list for this year, as well as inappropriate marriage proposals, and why you can't interest an agent in that 800 page historical science fiction mystery romance you wrote last time you forgot to refill your lithium prescription.
Posted by Nathan Cain at 8:05 AM 2 comments:

A link to a Flickr set of book covers featuring people framed in spread legs. Collected for an article in Print magazine. (via). And, in a similar vein, take a look at these ladies trying to get people's attention over at The Rap Sheet.
Posted by Nathan Cain at 1:00 PM No comments: 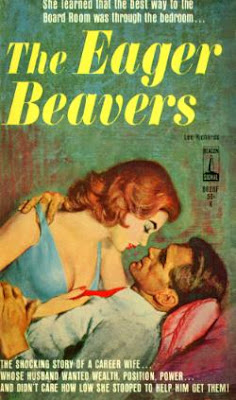 You can't make this stuff up.
Posted by Nathan Cain at 8:00 AM No comments: 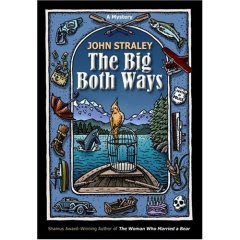 Posted by Nathan Cain at 6:23 PM No comments: 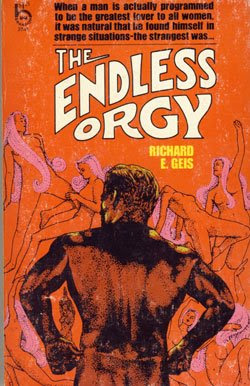 It's like The Neverending Story, for adults
Posted by Nathan Cain at 7:58 AM 2 comments: 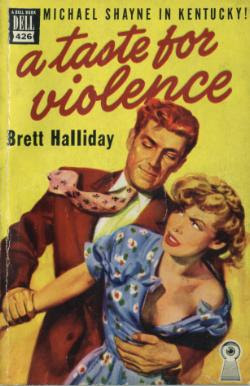 Tastes like chicken.
Posted by Nathan Cain at 7:00 AM No comments:

You know what they call Money Shot in Germany?

Hard Case has made it to Germany, where the books have different titles. Little Girl Lost, has become, to the best of my limited ability to figure out German, Death of A Stripper. And Bust has been comically retitled Flop.
Posted by Nathan Cain at 6:58 PM 1 comment:

As promised, here is the link to Charles Ardai's NPR interview.

Posted by Nathan Cain at 2:06 PM No comments:

A breath of Fresh Air

Hard Case Crime publisher Charles Ardai is scheduled to be on Fresh Air with Terry Gross today. If you can't be by your radio when the show is on in your neck of the woods, never fear, it should be on the Web later today. When I find a link I'll post it.
Posted by Nathan Cain at 7:00 AM No comments:

Deputy Billy LaFitte is a bad cop. He was run off the police force in his hometown of , and has taken a job working for his brother-in-law, who is the sheriff in the godforsaken hinterlands of . Separated from his family, LaFitte, keeps up his old tricks, and trouble follows him in Anthony Neil Smith’s new novel Yellow Medicine (Bleak House Books, 2008).

Yellow Medicine, which is named after a real county in , is well written. Smith is a tight writer, and he draws a sharp portrait of his antihero, LaFitte. The man is a mess of contradictions and a hopeless, lecherous screw-up, but he’s not unlikeable. The novel’s first half, which involves LaFitte trying to find a local meth dealer, cruises along quite nicely. The second half, which involves would-be Islamic terrorists and a rogue federal agent, is not as satisfying, mainly due to the fact that Smith never adequately explains why these would-be terrorists take a huge risk of exposure trying to get at a small town cop.

Still, Smith doesn't pull any punches, and Yellow Medicine is worth checking out for those who like their characters bad, their violence unflinching and their endings bleak.

The Worst Three Pages of Fiction Ever

Sometimes you find something so good you have to share it. Sometimes you find something so bad you have to share it. James Frey, legend in his own mind, is back with a work of fiction that's labeled as such for once. The excerpt is three solid pages of exposition about Perez Hilton of all people. The word motherfucker is in the first sentence, to establish how edgy the author is, and did I mention it's all exposition? There are no scenes, and nothing really happens. There's at least one subject/verb agreement problem, and don't get me started on the comma splices which seem to serve no artistic purpose. Who is James Frey sleeping with?
Posted by Nathan Cain at 6:14 PM 1 comment: