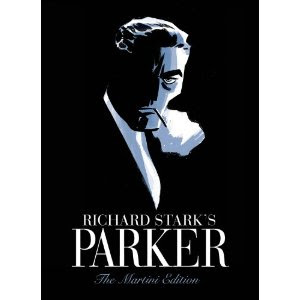 I was taking a little Amazon window shopping break when I ran across this, the yet to be released Parker: Martini Edition, which combines the first two of Cooke's Parker graphic novels, along with some new content. It also says it contains a "brand new story," and I'm not sure what that means. I would like to own this, but if I have to buy a deluxe edition to get the next installment in a graphic novel series I already own, I'm not going to be that happy. Hopefully, the new story is something separate from the project of interpreting the first four Parker novels.

Also, I'm not sure why they called it the "Martini Edition." The only thing I can see Parker doing with a martini, is dumping it on the floor, breaking the glass and then stabbing the broken stem into someone's neck.